What a Fearful Thing a Neglected Duty Becomes! "Procrastination paralyzes the energies…and, in the meantime, the neglected duty becomes a snare" —Hugh McNeille

When I was 17, I started a company with my older brother. He had the idea of selling mylar balloons at fairs. Having come up with the idea, he figured he had contributed his share of the effort, and I did all the work, including setting up the business.

When I was filing for a tax ID number, the form asked how much I expected to sell per year. Being very naïve and overly optimistic, I wrote in 50,000 dollars. (It sounds like a lot now, and this was more than 40 years ago!)

I think I sold two balloons. But somewhere on the tax form, I had missed the fine print (I am sure it was in black and white and quite clear). I was supposed to file quarterly reports.

I can feel some of you shuddering because you know what’s coming. Fast forward three months. A piece of official mail arrives from the NYS Department of Taxation and Finance. It said I owed 50,000/4 * 0.07 = $875.00! I did what any young and clueless person might do—I threw it away. I guess I figured they would get the hint that I had nothing to declare.

I hear your groans.

Next quarter rolls around, and I get a bill for $1,750 plus penalties—and not so friendly either. I was freaking out. After several sleepless nights, I wrote back to the tax department a letter pleading with them that I was just a kid (see—you can get a teenager to admit this!) and we hadn’t sold anything, and would they please just dissolve the business.

Believe it or not, they took pity on a poor foolish teenager and did exactly that.

A short time later, I happened to be reading a dog-eared Reader’s Digest magazine (before the internet, we read what we could get our hands on) and ran across a saying that resonated with that experience and impacted my life. It went something like, “What a fearful thing a neglected duty becomes!” It wasn’t put in those exact words, but that’s how it stuck in my brain.

Ever since those days, not completing things has triggered a bit of panic in me. (Note to my wife: I don’t count not putting away the tools after I finish a chore as not having completed said chore.) Granted, I have had to learn to accept that some things must be abandoned unfinished, but usually, if it is a task I need to do, I can feel it hanging over my head until I get it done. 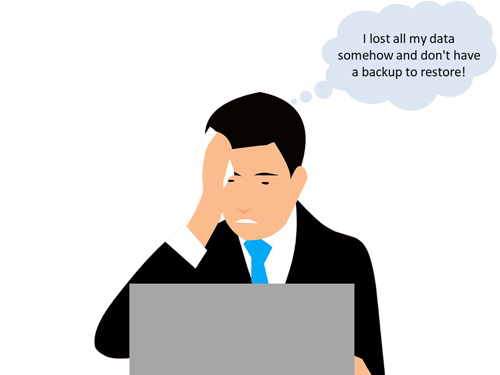 It seems not a month goes by without us hearing about a company that fails because, in their pursuit of more sales, they didn’t complete an essential activity.

You can’t let selling more cause you to outrun doing basic things like filing your taxes, paying your bills, or making sure your data is backed up. According to the National Archives & Records Administration in Washington, an overwhelming number of companies that lose their data in a disaster file for bankruptcy. In addition, 60% of small businesses would shut down within six months if they lost their data.1

Yet many SMBs have not made sure they have backups and can recover all necessary data using those backups.

Unfinished tasks seem to breed more unfinished tasks, often competing with each other, so you don’t know which one to tackle first. The result is a kind of business quicksand—as you try to move forward, you keep floundering because other undone tasks keep pulling you back in. You are trying to pay your taxes, but you have to get out the bills, but you can’t get out the bills because you haven’t gone to the post office for stamps. But you don’t want to go to the post office until you have the bills ready, because you really don’t have the time to make two trips. (Thankfully, DocuSend can get you out of this one in a few minutes—it’s like having your own mailroom in the cloud.)

There are many more grains of sand to suck you down when the neglected duties accumulate.

One of the things I learned when I started working with developers is that many of them are brilliant but don’t have good time-management skills. Writing code is fun. Testing code, not so much—that’s when you find out you aren’t as good at writing code as you thought! And writing documentation so someone else can support your code? A root canal would be more enjoyable.

Anyone who has checked up after a kid to see how well they cleaned their room knows you start by looking in the corners (and under the bed and in the closet). It’s easy to clear the floor, but it’s the corners that show whether someone did a thorough job. It’s a given that your workers will do what everyone sees—but check the corners!

I live in Costa Rica, and sometimes for exercise I swing a machete alongside my farmhand, clearing undergrowth among the trees on one of our plantations. Now, my contribution is about half of his even though I am nearly twice his size (practice makes perfect, for sure!), but I am doing it for my health and because I like exploring the land.

We finally arrived at the end of a large section and I said, “Great! Tomorrow, we can start on the next section.” He said, “But there is a burra over there.” I immediately started looking for a small equine (burra means “female donkey”). He said no, it means a stubborn area that has been overlooked and needs to be finished. It seems this is a saying among farmworkers in our neck of the rainforest.

I told him that when I review someone’s work, I always start by looking for these stubborn spots. It tells me a lot about the person who did the job. Often, clearing brush is paid based on the amount of land covered, so of course, if you only do the easy sections, you get paid more. But if the owner checks your work, you probably won’t be asked to come back.

Start at the Corners 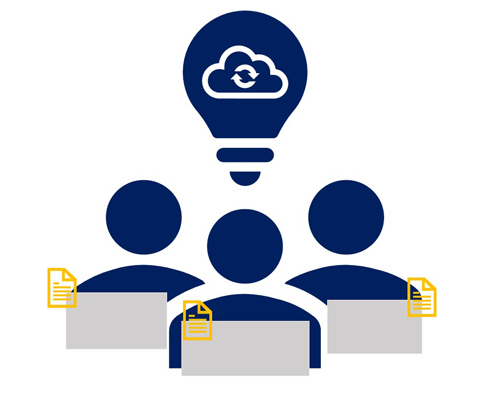 My farmhand said his father used to always save the burras for any child who was misbehaving or being lazy, but I, probably because of my traumatic experience with the tax department, like to start with the corners first. When I tackle a new project, I always begin with what I don’t know how to do or the parts I least like to do (set up the work environment, write the specs, create plans for backup and testing). Then I dive into the part I like—actually building the application. This works much better than trying to get myself to do these things AFTER the thrill of the new project is gone.

So, take all those irritating “grains of sand,” including backing up your data, that you have been putting off and get them crossed off your to-do list. I don’t need to tell you how satisfying it will feel.