10 Reasons People Are Frustrated with Email 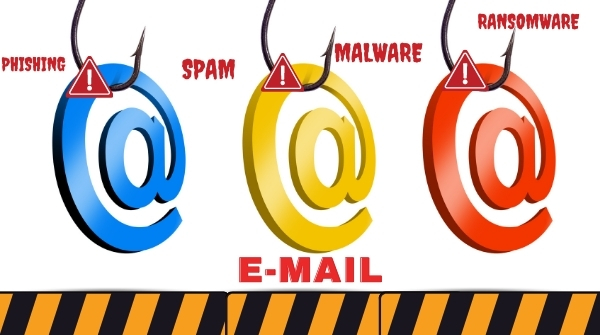 What should you do if you get lots of e-mails saying, “What's up, Doc? What's up, Doc?” Check for Bugs in your system. (Sorry, couldn’t resist!)

To e or not to e, that is the question.

On a much more serious note, the May 2018 issue of The Atlantic published an outstanding article inspired by a group of European security researchers. They concluded, in an exploit called Efail, that the security of email is not only difficult but might be impossible to implement from a practical standpoint. All businesses, small and large, who distribute sensitive documents electronically, or are considering it, should read this still-timely article.*

The Atlantic article is evidence of the concern consumers and businesses have regarding the use of email to exchange information containing sensitive data. And to add to the security issues, people are becoming increasingly weary of the ancillary problems email creates and the frustration they experience when they have little or no control over it.

That article led me to read another, and another…and the more I read, the more it confirmed what I’ve been observing for a while now. Gleaned from these articles, here are my top ten reasons people feel frustrated by email:

The trend is heading back toward more reliable distribution methods led by consumers and innovations to print-to-mail technology.

What can business owners and operators do?
Simple: Give your customers what they want

Bringing important issues like this to your attention may help your business to make more informed decisions, but clearly, all the burgeoning issues surrounding email usage today are too complex to be addressed by a single article of any kind. But I can tell you without a doubt how to improve your business if your customers prefer to receive a secure and reliable paper invoice from you, not to mention any other important document you need to send them. And in almost all cases, it will cut your internal mailing costs at least in half. How? It takes less than 3 minutes to upload your PDF files to DocuSend, and your documents are in the mail the next day. It doesn’t matter if it’s 5 invoices or 5,000—they mail within one (1) business day. No minimums—no contracts, It’s 83 cents for a one-page invoice, and a few pennies more if you choose options like perforated paper or a return envelope.

Don’t believe me? Try it just once and find how simple and cost effective it is. As they say, “It’s faster than buying a stamp!”

Thanks for taking the time to read this article, and I hope you found some useful information in it. As always, please share your comments. Your experiences could help other small businesses all across the United States.

* The Atlantic -> Email Is Dangerous.