How to Have Employees Who Don’t Want to Leave 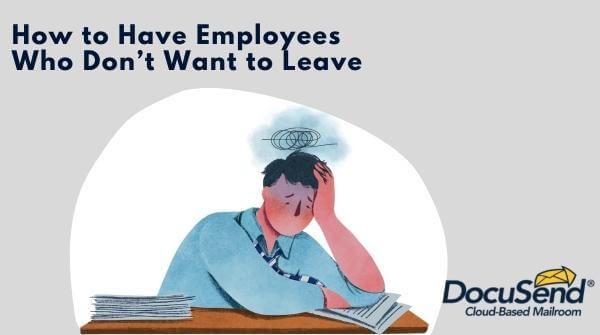 Your company culture and how psychologically comfortable your employees feel can have an incredible impact on your business. Properly built relationships make it possible to acquire loyal and grateful associates, and to turn their weaknesses into strengths and their difficulties into advantages.

With the emergence of new research in the fields of psychology and medicine, we have come to realize how all people are different and that there is no universal correct approach to everyone that allows you to increase productivity. The perception of people as a faceless resource, along with harsh management aimed solely at improving performance, is increasingly becoming a thing of the past. Looking at the success and dynamic development of many companies that reject the culture of blaming, pressure, and a system of fines, one might say that a new era of business relationships has begun.

It is a huge stimulus for development when employees know that the management believes in them. They are not afraid to think independently, propose new solutions, and take initiative. In the end, everyone wins. Work ceases to be just work and becomes something more valuable, where people want to invest a part of their lifetime, where they want to return every day.

Constant feelings of stress from fear of punishment have not yet helped anyone to perform better.

In some companies, even with good salaries and the prospect of promotion, the management faces an incredible staff turnover. A significant number of the staff changes every few months. The management may be sincerely surprised by what is happening. They may not see how they contribute to the problem, believing that nowadays young people are spoiled, and no one wants to take their work seriously.

But the company policy can be to blame if it is restrictive and there is the presumption of guilt of the employee on each controversial issue.

Perhaps a long list of certain speech structures and ready-made answers is provided, and only these can be used in a conversation with a client, even if the client’s situation does not correspond to the prepared answers. The use of certain facial expressions and gestures has been known to be imposed that, it is theorized, makes anyone sound confident so they can achieve success. Recording devices may be turned on when talking with a client to record every word and action so it can be checked. Worst of all is if, in any conflict, the client, regardless of how abrasive, is exalted over the employee. Naturally employees under these scenarios feel they can be easily replaced anytime.

This kind of company culture results in real health problems and self-doubt, scrolling over and over again thoughts in your head such as, “Did I choose my career path correctly?”

But it doesn’t have to be that way. Work can be a platform for development and inspiration.

Research has shown that staff turnover is quite costly for companies. It usually costs the company approximately 33% of a worker's annual salary to replace just one employee. And the higher the qualifications, the higher this indicator is, making employee retention an area that small to medium businesses just can’t afford to ignore.

That a person could not withstand the psychological pressure and stress of their workplace is one of the most common reasons for quitting, often cited by survey respondents.

In pursuit of a solution to this problem, the idea of just culture emerged. Just culture, which is distinguished by a humane and fair approach to assessing the actions of an employee, is becoming more and more widespread in the world. According to the concept of just culture, only indifference and inappropriate behavior are negatively perceived and reprimanded, and unintentional human errors are viewed as an opportunity for further development and indispensable to the learning process.

In contrast to the culture of blame, which is characteristic of traditional management, just culture suggests asking the question, “How can this be corrected?” instead of focusing on who is at fault. It considers mistakes to be the result of the workings of the entire system and removes the indisputable burden of responsibility from the employee. This new type of business relationship building is exactly what modern professionals are looking for.

How can a person develop under the constant fear of doing something wrong and being penalized for it? It’s a paralyzing fear that can lead to great harm for the company. That is why the concept of just culture was initially associated with such areas as the aviation and healthcare industries, where the cost of error is especially high, where it is of critical importance to maintain an environment where people are not afraid to report their difficulties right away so that there is opportunity to quickly eliminate them.

Looking Behind the Problem

In a just culture, the question is addressed: are all people equally capable of enduring work stress? Is it possible that some, due to the nature of their physical or mental health, negative experiences, or psychological trauma, react to pressure atypically or find coping with it more difficult? 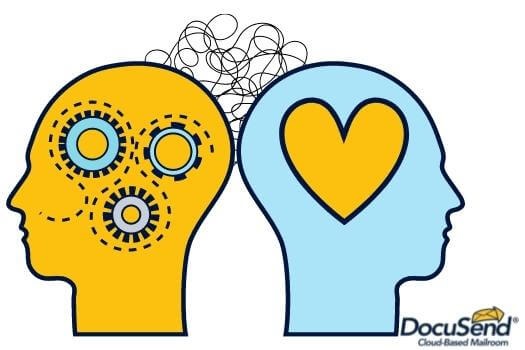 People in these circumstances should not be immediately stigmatized, considering it simply laziness, indifference, or an unwillingness to communicate. Factors such as physical pain, as well as mental health issues such as autism spectrum disorder, depression, anxiety, and panic attacks, must be taken into account when searching for the means to correct a situation.

For example, we now know that sometimes apathy and lack of motivation are a sign of clinical depression, and severe anxiety can lurk under the guise of indifference. In such a case, seeming indifference can be a defensive reaction to stress. Also understandable is that it can be very difficult for a person who has lost a family member to concentrate on work tasks.

We are learning more about the experiences of people with Asperger syndrome, which, albeit different between individuals, are somewhat similar: a person may experience difficulties in the workplace due to differences in brain function, feel incapable of supporting what is accepted in society, and may concentrate on what is usually considered unimportant and consider what is usually perceived as important secondary. According to their own words, people with Asperger’s describe themselves as an alien on this earth, or the only one who was not given instructions for this life. At the same time, many with Asperger syndrome are highly intelligent and make excellent employees, able to concentrate on tasks in a favorable and calm environment.3

The sign of a good leader is to recognize these factors and offer support, creating a nurturing environment, highlighting employees’ strengths and finding creative ways to compensate for their weaknesses. After all, the ability to maintain eye contact, hold a general conversation, and confidently present oneself means much less than the loyalty and dedication of an employee who is believed in.

Other divergences are that a person may come from a different cultural and language background, or simply be at the beginning of a professional career. Managers who are willing to reconsider their prejudices listen to people with genuine interest—to their real stories, their life experiences.

Distinguishing the Difficult from the Divergent

Different people need different approaches. Someone needs exposure, needs to be warned, whereas someone else needs encouragement, and someone who is especially vulnerable right now needs help to become strong in the future. It is essential to distinguish between them, but it can be challenging.

In any workplace there are those who just do not want to make an effort, and we can understand the desire of the employer to fire them, but if managers don't give up on them right away, they might find them a source of valuable information. “Tell me what went wrong” can reveal system errors. “When the motivation is gone, what is missing to restore it?” can unearth issues in the work environment.

Some challenges can be misunderstood and attributed to the generic concept of an “ineffective employee.” An example is the confusion between laziness and depression. In answer to the question of how to distinguish between the two, many psychiatrists agree that the difference is that the lack of work motivation that springs from laziness is not transferred to other areas of life: the person still eats with pleasure, communicates, and does the things they like. When someone is depressed, on the other hand, their life is completely upset. 1 Being lazy is to some extent a kind of self-care, a conservation of energy, and is replaced by other, more motivated, states during the course of a day. In contrast, depression and other mental health issues are persistent. 2 Sometimes even workaholics and perfectionists fall prey to apathy—if they have engaged in self-criticism in an attempt at self-improvement.

If a relationship of trust has been built, a mentor will be perceived as one who is not blaming, but helping, who is patient, but not enabling a lack of initiative and indifference. Constructive criticism is needed, because it will benefit the person. To avoid inappropriate criticism that forces the person to defend themself, here are some constructive criticism techniques:

This is an expression of trust and support that will motivate the person to work at earning the confidence of their employer.5 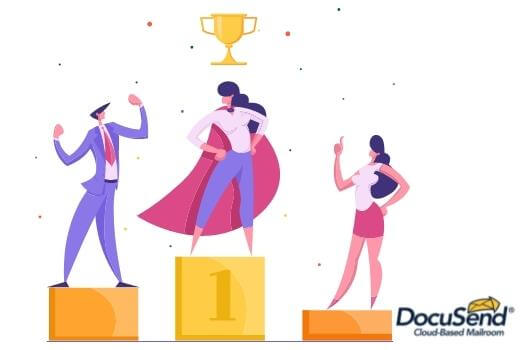 But the main thing is not to apply criticism where support is needed. It is sometimes easy to confuse those who simply lack motivation with the ones who are going through trials we don't know about. Sadly, people often feel they must hide their condition or problems at work. It is up to their mentors to draw them out.

A supportive work environment helps all employees speak openly about their experiences and difficulties. When each person feels respected as an important member of the team, when their actions meet not with condemnation but with understanding, they can receive the kind of individualized mentorship that leads to increased flexibility within the company, making it more competitive. In this way, the greatest asset of the business becomes its people.

Natalia Popova is a member of DocuSend's quality control team. Being a German philologist by training, she enjoys discovering new countries and cultures and is an accomplished translator from English to Russian and German. She has translated for a magazine dedicated to a healthy lifestyle. Also interested in art, she has a small business making stained glass decor.