The Before and After of DocuSend New technology seemed to be emerging everywhere in the 1970s. It was an exciting time to be at the front lines and watch innovations and new products march out of the imaginations of inventors and into reality. The seventies represented the dawn of microprocessors, videogames, liquid crystal displays, and VHS tapes. Were the seventies a gateway into the world we live in now?

Floppy Disks 1971: We have cloud storage, thumb drives, and even CDs today because IBM reshaped the way people thought about storage with their 1971 invention of the floppy disk .

Cell Phones 1973: You might not have had a smartphone in your hand right now if the first mobile phone hadn’t been invented in 1973. Motorola’s first cell phone weighed nearly two and a half pounds and was over a foot in length. You could talk for 30 minutes between charges, which took a whopping 10 hours.

Universal Product (UPC) 1974: UPCs are probably one of the most effective merchandizing inventions of all time. “Barcodes” appear on just about every item you can buy. Although they were first conceived of by inventor Norman J Woodland in 1949, they were not put to use until June 26, 1974. That was when a team from National Cash Register installed scanners and computers at Marsh Supermarket in Troy, Ohio. The first UPC to be scanned was a pack of Wrigley’s Juicy Fruit gum. You see UPCs everywhere today. We even add them to the DocuSend invoices to protect the quality and integrity of the documents we mail for our users.

Post-it® Notes 1974: It doesn’t have to have a high-tech use to be cool. 3M researcher Spencer Silver invented a strange adhesive in 1968 and considered it useless. Then another 3M scientist tried using it to hold paper together in 1974, and after all this time, sticky notes (their generic name) are still incredibly popular today. Just try to find a home or business without them.

Digital Camera 1975: Invented by Kodak engineer Steven Sasson in 1975, the eight-pound camera recorded black-and-white photographs onto a cassette tape. It took more than 22 seconds to take one picture, which could only be viewed by connecting the camera to a TV set. Kodak rejected researching the machine further, a decision Minolta eventually took advantage of in 1996.

MRI Machine 1977: Dr. Raymond Damadian invented the magnetic resonance imaging machine and performed the first MRI scan on the human body in 1977. It is now considered one of the greatest medical breakthroughs of the 20th century and has saved innumerable lives and improved the quality of countless more for forty-plus years.

Sony Walkman 1979: The most popular personal music device on the market prior to the smartphone was the Walkman. Introduced in 1979, it weighed 14 ounces and ran on two AA batteries. Originally the Walkman was predicted not to sell more than 5,000, but Sony sold more than 50,000 in the first two months it was on the market.

The Twists and Turns of Technology

One of the first businesses I was asked to invest in was a little franchise that provided instant print services in Southern California. Xerox copiers were relatively new, still bulky, and had limited capabilities. But they were becoming economical enough for these new “instant print” shops to offer what they called “Printing While You Wait” services, and the chains were popping up all over like hamburger stands.

I had a lot more time than money back then, so I invested what I had—like I said, my time. You know what they say: "You can’t make footprints in the sands of time if you’re sitting down".

My efforts eventually earned me a small piece of one of the franchises located a few blocks from the UCLA campus, in the village of Westwood. It was not far from downtown Los Angeles. For the next three years, I met people from all over the world, mostly industry and nonprofit professionals, and it was an exciting time because it was my first experience doing something I still love doing today: helping folks grow their businesses.

I didn’t know it at the time, but this was a passion that found me, not something I sought out. I guess I like to watch things grow. Not to get off track, but you should see my garden. Or the plants inside my house, for that matter. I admit it—I live in a jungle. But it’s a happy jungle. I even rescue sick plants from garden centers and try to nurse them back to health.

Oh well, I guess there are worse preoccupations.

But let’s get back to my point:

Meeting people who were growing their small businesses wasn’t the only thing I enjoyed back then. I loved the printing industry itself. The odor of oil-based inks, the photographic chemicals and developers used to make printing plates, the roar of the offset presses. The entire process involved in the creation of the printed page captivated me. 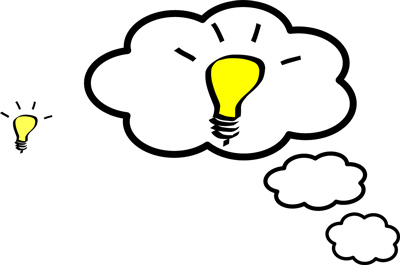 I found it fascinating that the fast-print industry had no specialties back then. You had to know how to do it all yourself. From designing the copy to boxing up the printed sheets, you had to complete the circle of a true tradesperson. A lot of businesses are still like that today: landscapers, electricians, small farmers.

Any of you SMB owners out there agree? Consider helping your fellow SMB operators by sharing your story in the comments section.

So, you might be asking, what about all the other sides of running an SMB?

Yes, I even liked the administrative and accounting side of running an instant printshop. Sales? Customer service? Accounting?

And I still don’t.

Like most service SMBs, I set up accounts for my larger clients and billed them at the end of the month. That was no problem. I simply had them sign a completed work order and converted these to invoices or statements at the end of each month. But that’s where the trouble started. That’s when the repetitive, dull, monotonous, tedious task of printing (or in my case copying) those customer invoices became reality. And from there, it got worse. Next, I had to fold the stupid things and stuff them into envelopes—and then lick them closed. Isn’t that how George Costanza’s fiancé died on Seinfeld?

Postage had to be applied. And they didn’t have self-stick stamps in those days! You'd think that would be any sane person's limit, right?

I still had to brainlessly address the envelopes and take them to a post office.

Here’s the fallout: As a young newlywed who loved learning the ropes of living in Southern California, I quickly grew to resent spending a good part of a weekend every four weeks robotically stuffing envelopes at home or in the office. You heard that right—I often took everything home so I could at least be with my wife while performing this mind-numbing task. Take my word for it, the frustration did not diminish with the passage of time. And knowing I’d have to do it again in just four weeks made it worse.

As they say, “The running waters wear down the stones.”

How about you? How many of you SMB operators out there are doing the same thing in one fashion or another? Put it in the comments section below. Or better yet, take two or three minutes to upload those invoices to DocuSend, the cloud-based mailroom, and THEN put it in the comments section. Be sure to include what you are doing with the time you saved: playing with your kids, taking your family to dinner, visiting a sick friend—just share it below. 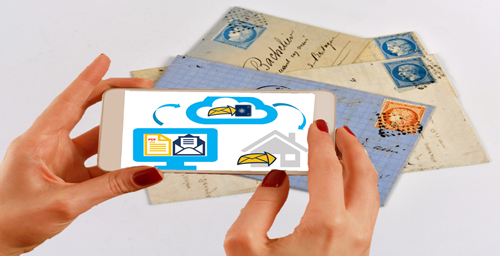 I certainly have no regrets over my years in the print industry, but I do wish DocuSend had been invented back then, just for my sake. It would have made running that business so much more efficient and enjoyable. Thankfully, DocuSend is here now and making life for SMBs all over the world much easier, and I’m very grateful for that.

Thanks to all you SMB owners and operators reading this. Please consider trying DocuSend just once and commenting on how much time you saved and what you’re going to do with it. And don’t forget to share your ideas and innovations too. 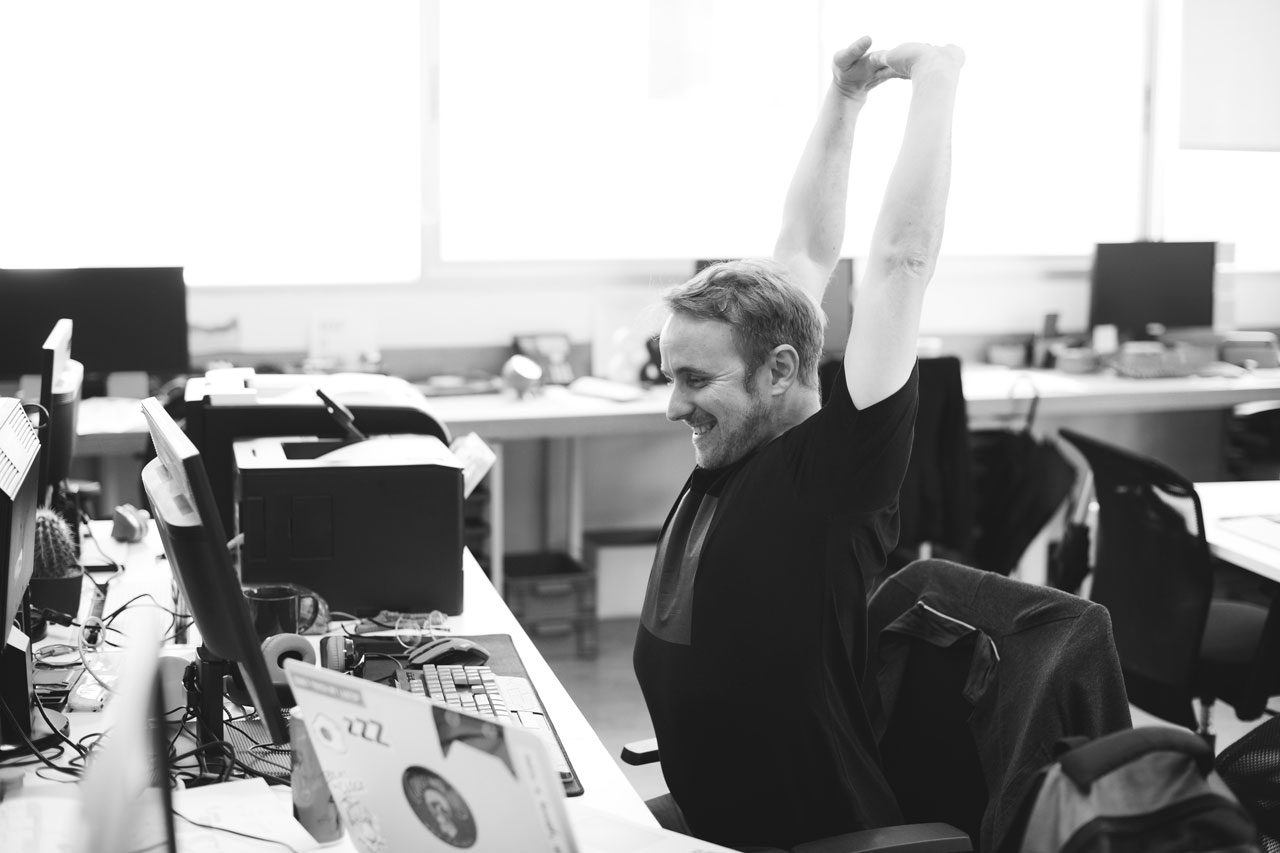 Some facts in this article are from 10 Things You Didn't Realize Were Invented in the 1970s.

You might find this interesting Innovation: How To Find (And Keep) Your Competitive Edge.